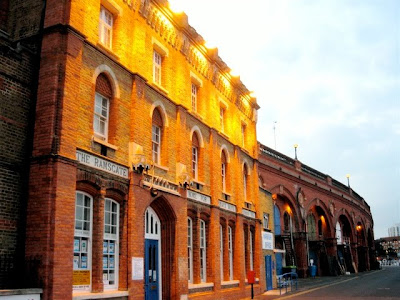 Of course, it's a given round here that everything Thanet Council touches turns to rubble. You only have to look at MC Bookman's brilliant exposé of the rubbish job that was made of our crumbling East Cliff facade to know that.

But word has reached me today of an attempt by the council to boot out a business that can trace its roots in Ramsgate Harbour back more than 60 years. Alan Booth, boss of Marlec Marine Ltd, has emailed me in apoplexy over his treatment by The Duffers. He's refused to sign a new lease on his arch opposite the marina as they've removed his right of tenure. Now they've given him notice to quit.

I am still in shock that TDC can treat us like this. Ron Cannon next door has been told he can keep his tenure because he has been a 'long term tenant'. I've been here 12 years and Marlec Marine has been here since 1992. Before that it was Walkers Marine which was incorporated in 1947. How long do you have to be in the harbour to be a 'long term tenant'?

We have been ringing and ringing the council but with no response. We are at our wits' end.

Well Alan, you have my utmost sympathy for what seems to be a typically senseless and incomprehensible move by our beloved council. I'm not surprised that you haven't had a response though. The Harbour Master is currently larging it up in Las Vegas!

Email ThisBlogThis!Share to TwitterShare to FacebookShare to Pinterest
Labels: Thanet council, The Duffers, The Uranians

I think that Alan should contact that local councillor that got swift action for the car owner that had not paid a car park ticket and had been clamped. Clearly he thought that they had been badly treated. They only stood to loose their car and not their business. After all TDC is keen to provide jobs in Thanet.

Perhaps Brian is trying to increase TDC's budget for 2010/2011 by sticking it all on red.

Then again, perhaps he could be hobbling home after an "Indecent Proposal" moment when it comes up black.

Ooh! Can we have a disco ball in the marina while we're at it!

Richard I don’t quite understand this one as the landlord and tenant act would prevent the council from behaving like this.

anon again!
Please excuse me adding my bit.... Why not just get rid of this Council and the idiots who make these ludicrous decisions. All they want is for Ramsgate Royal Harbour to look like Margate High Street, and THAT can be stratigically avoided. Vote the pillocks OUT!!!

Get in touch with the Gazette Alan.

They surply the mod lifeboat windfarms firemen yachts motorboats tallships council fishermen coach firms ect If they havent got a part they will try do get it in . And visiting yachtsmen we need a buisness like this in the harbour they need your support

Would Mr Michael Child like to come down to the Harbour we are number 11 Military Road and I will show him what a hose looks like, this is no joke we are about to lose our lively hood how can you make light jokes I can tell you this is not funny.
Alan Booth Marlec Marine

Hi Allan, fraid I find it hard to resist jibes at people’s typos and 3.20s was too much for me.

I will drop in when I get a chance and would be happy to help in any way that I can, I run another business in the town under considerable duress because the council seems hell bent on turning Ramsgate’s Eastcliff ward into a deprived area.

As I said in my previous comment, the council appear to be acting outside of the landlord and tenant act.

Alan I am sure Medway Marina would love for you to relocate to them or any where else in the country for that matter. I find it incomprehensible of TDC to not get things sorted. The people who piss around (sorry but I am not prone to swearing on blogs but I am cross)with peoples livelihood and decisions of this nature eare all comfortable in pensionable jobs, with no care about next weeks wage. While they fart around you Alan and others are under duress.I am sure the TDC officer responsible for sorting this out is good at his or her job and would feel bad if he or her knew you were concerned, but I also think whoever it was is not at all worried really and is taking a well earned fully paid for Easter break.
I EXPECT YOU HAVE BEEN WORKING SO AS OTHERS CAN ENJOY THEIR BREAKS IN THIS FABULOUS ISLE .Its a shame that TDC dont do the same.

Thank you all for your very kind words,we had a meeting today with TDC this man now knows what is going on in the harbour, we are a feeling a little bit better after speaking to him. He has been in the job for three months so we will find out in one week what will be going on, and if we stay or go. Thank you once again
Regards Alan Booth Marlec Marine 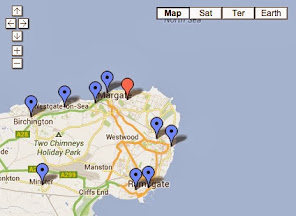 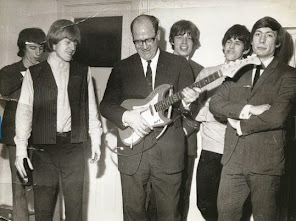 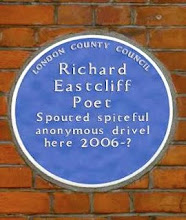 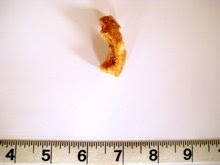 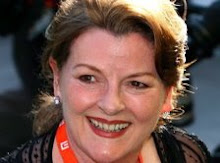